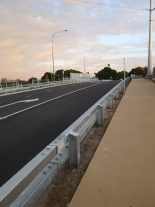 I remember being told in 1994 – when it was not totally politically incorrect – that Australia was a third world country that thought it was first world. There is a thin veneer of sophistication and development but underneath the country is pretty basic.

Coal in 2018 was the number one export, iron ore number two and Australia is set to become the biggest producer of LNG in 2019. A further 15% of Australia’ exports are agriculture related. Construction represents another 8% of GDP. And it is these primary sectors that underpin much of the rest.

So perhaps Australia to date could best be classed as a developed emerging economy – and to be fair it has done very well out of this. The world is changing though and the country risks falling behind if it gets stuck in the hubris of admiring the developed bit of the classification and ignores the necessity of addressing the problem of the emerging bit.

Some suggest that we are entering a new age – of artificial intelligence – that will change the very fabric of our world creating a few very big winners and a lot of very big losers. For a scare – or wake up call – read Kai-Fu Lee’s AI super powers. He suggests AI will add $15.7 trillion to the global economy with 70% of the value being split between China and the USA.

If it is to continue to thrive in this age, Australia needs to rethink its economic drivers, overhaul its government system and learn to move fast.

Coal is becoming a pariah. Immigration may falter as a key driver of growth. Access to space is a primary factor attracting people yet a rising population requires increasingly vertical cities.  Perhaps worse, the key funnel for immigration is a University system that favours subjects such as accounting which are largely irrelevant to AI innovation.

Government is dysfunctional. Six changes of PM since 2007. A proportional representation system that sees Tasmania (population 0.5m ) have as many representatives in the upper house of parliament as New South Wales (population 7.5m) and the possibility of being elected with only 430 voters choosing you as their first preference.

Finally Australia is so slow to act. As an example, locally it took 12 months to bury the electricity supply for fewer than 600 homes and close to 9 months to replace a single bridge. By contrast China in 10 years went from having no high speed rail lines to having more than the rest of the world combined!